The 2019-2020 season marked an exciting and bustling new season for the team. The team experienced its fourth change in captaincy with Grant Geyer heading the team. Also new are many of the leads for the technical teams. The team pursued many new designs and approaches toward making X12, in addition to several refinements from ROV Remora. The R&D department found new ethernet cameras that were more reliable and PoE compatible for a nearly independent camera system. The major mechanical improvements include a faster and effective method of using a ring clamp to seal the logic electronics tube and the use of 3D prints to house thrusters and to provide buoyancy in conjuntion with expanding marine foam. With the suspension of all Purdue activities and the cancellation of the MATE competition, the team is now working at a very limited capacity to prepare ROV X12 for a pool test when available. The team is excited to see its hard work come to completion when normal activities resume.

The year 2019 marked an improvement for the team, with many leaders returning to their positions. The team improved 5 places to finish 13th at the competition and had the second best technical report. The team maintained a similar size of students. In 2019, the competition was hosted in Kingsport, TN by Eastman. The team aimed for an ambitious design, changing the tools system to use pneumatics, the electrical system to CAN and ethernet cameras, and the software system to Robot Operating System. These switches made ROV Remora more robust, but delayed testing and made integration more difficult. The team is very proud of its achievements and excited to see where the upcoming season goes under the new leadership.

The team faced its third change in captaincy, with Alex Ruffino taking over. The team kept its large size, with more than 50 people working on the project over the year. The competition moved to Seattle this year, and the team brought with them a strong technical report and presentation. Technical issues with the electronics prevented the team from reaching its full potential, but they kept trying to make the ROV function properly at both mission runs and the bonus point run. The team finished 18th out of 28, and was awarded the Guts and Glory award for overcoming technical hardship with resolve. The team is proud of their achievements, and looks forward to the upcoming season! See pictures of the team here. 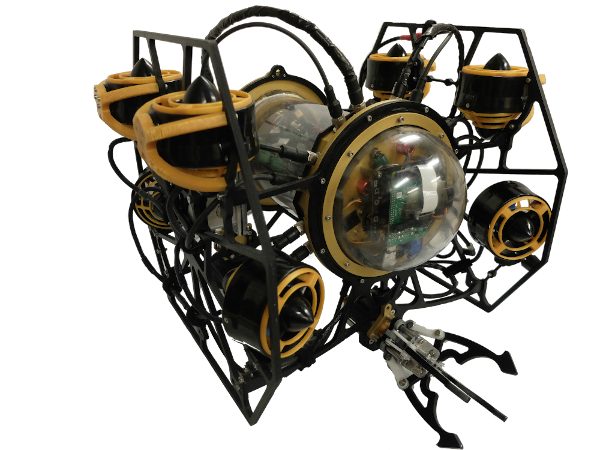 Purdue ROV competed in Long Beach, CA from June 23 - 25 The team continued its trend of increasing results and growing in size. The 50 member team finished in 8th place and took home first in both the technical documentation and the product presentation. Furthermore, Katherine Mao won the Flying Fish award for her technical designs and passion for the field. ROV Cephalopod performed well; however, a loose cable connection during the final product run prevented a shot at first place. Regardless, the team was thrilled with their success and are proud of one of their most advanced and capable vehicles to date! See pictures of the team here.

Purdue ROV competed in Houston, TX from June 23 - 25 at NASA's Neutral Buoyancy Lab! The team reached its largest size yet at 42 members with Kyle Rakos captaining the team first semester and for the competition while Sanay Shah took over for the second semester. At the international competition we had a wonderful technical presentation, an excellent poster, and great technical documentation. We had some electronics issues during the mission runs but were still able to place 13th internationally! Additionally, Kyle Rakos was awarded with the Flying Fish award for his passion and demonstrated leadership in the field!

The team faced its second change in captancy with Kyle Rakos taking over. The many new team members designed this polar oilfield service vehicle. The dedicated group of 20 students finished 15th out of 42 registered teams in St. John's, NL, Canada. The team is eager to use what they learned to finish in the top 5 next year. 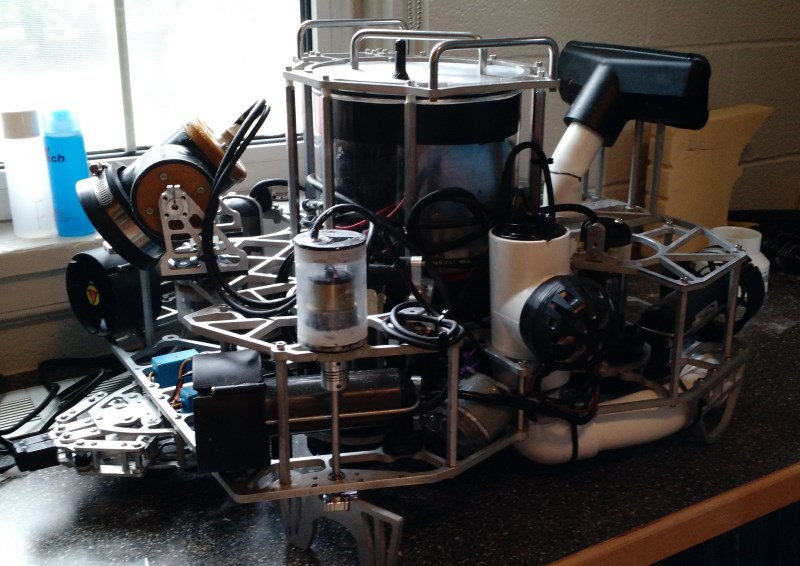 This was the first year in the team's history that they failed to qualify for the international competition. The marine sanctuary vehicle designed to identify shipwrecks and study marine ecology could not be built. Plagued with thruster issues throughout the season, the team still managed to construct a prototype vehicle and train members on both electrical and mechanical design. The prototype vehicle, affectionately dubbed ROV Incompetence, would be improved upon for future practice missions in order to prepare for next season.

After Seth led the team for four years, the team faced its first change in captaincy. Michael Hayashi led the charge to ensure the team's legacy continued with a new seafloor networking vehicle. This resulted in the creation of ROV Model N. The team finished 17th in the Explorer class in Seattle, WA.

The Purdue Offshore Tanker Assessment and Tactical Operations Submersible finished 2nd Place in Orlando, FL. Seth Baklor was one of sixteen team members that made this shipwreck study and fuel oil extraction vehicle.

Seth Baklor led a team of nine people to finish 2nd in the Explorer class in Houston, TX. ROV Hybris was a specific-purpose ROV built to solve the challenges of the Deepwater Horizons oil spill.

Seth Baklor and a small, yet dedicated group of four other students founded the team in 2008. Despite it being the first year, the team finished 5th in the Explorer class in Buzzards Bay, MA. ROV Osprey was a submarine rescue vehicle.

Seth Baklor, Joe Pellettiere, and Dustin Mitchell met before the formation of the committee itself to create a practice vehicle. Intended as a learning platform for the fledgling team, ROV Sugrak, with her simple manipulator and PVC frame, was never finished.